It was held at the Sheraton Hotel.  What I liked most about the hotel was the lobby space.  There was so many places to sit and talk with folks.  And some wonderful chairs that rocked.  I found myself there after classes, tired and it was nice to sit in them and rock.

When it says that both sides have to "look the same", for the skeleton, how do I get the 4 threads on the back?

I am following as best I can, the slideshow, but I am confused also about how many threads there are, is there the one thread on the needle (doubled) and the four other pieces (all one piece) separate from the needle thread?

a lovely museum will close on march 1

I was rushed to hospital by ambulance a week ago with a nasty virus which attacked my heart leaving it damaged. Have had a very rough week with it, however I have been assured by the cardiologists that it will heal completely in 2 months.

I'm home again now & taking things very quietly as I am very short of breath. Diuretics will rid me of the fluid which will relieve that. Each day is a bonus!

I guess this is the place to put this.  I have just been notified of this site and found images of wonderful needle lace fans:http://www.lecurieux.com/accueila.htm

I have not checked out the whole site, but the lace fans can be found in the list under Catalogue.

The sticks of this fan are absolutely amazing! …

Hallo out there ! I am happy to be able to join here! Thank you for the oportunity and friendship! Happy lacemaking to you all!

Gina Brummet had recovered well from her cancer fight and was about to return to work part time when she suddenly succumbed to pneumonia in mid-Feb. 2012. Sympathy cards may be sent to:

The following is an edited excerpt from the two memorial services held online Feb. 17, 2012.

"May we have a moment of silence, please. Today, as we pause,  we are…

March 2012 update on the LaceNews Channel on YouTube is now ready.

The March 2012 update on the LaceNews Channel on YouTube is finally ready, see details at http://tinyurl.com/7hgbx8v. 105 new videos were added, for a current total of 2,250. No new
playlists were added.
Laurie
http://lacenews.net

Thanks for the welcome

Thank you for the welcome Lorelei.  Sorry I took so long to respond.  New to chat, blogs, facebook, etc.  It all seems harder than making lace, which of course is easy!  Alice

The January 2012 update for the LaceNews Channel onYouTube (http://tinyurl.com/83emdgw) is now complete. There are now 2,056 videos in the collection, organized into 86 playlists.
Laurie
http://lacenews.net 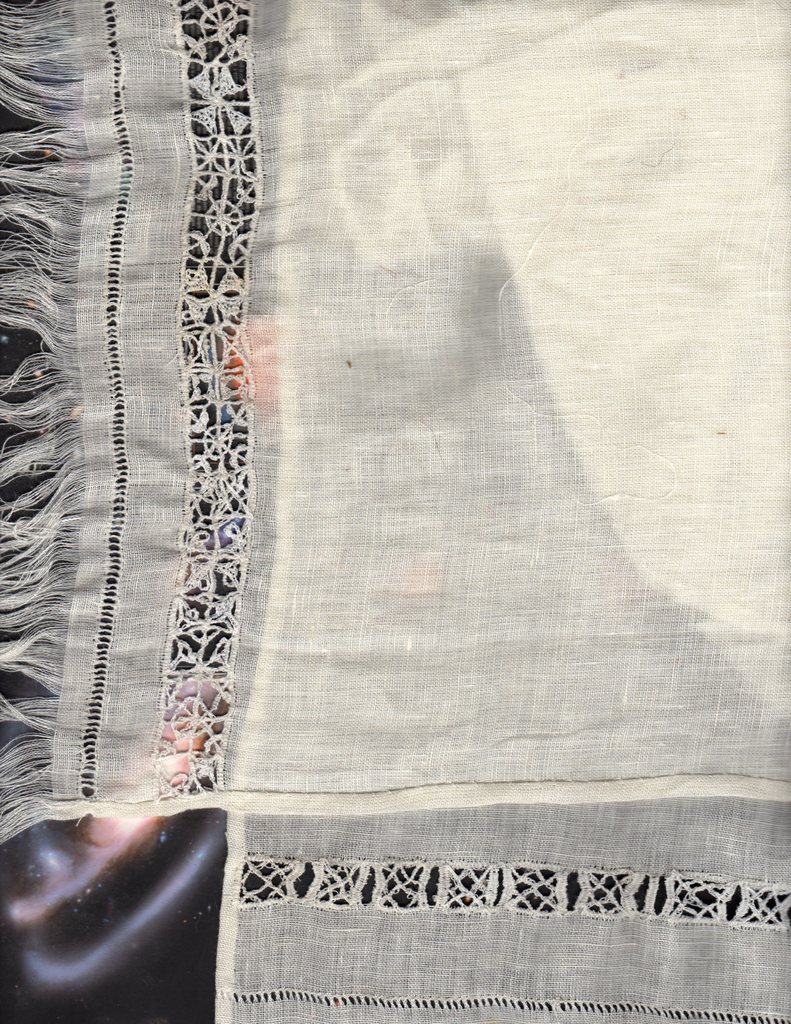 These are the two ends of the turban I made as part of SCA garb. In part this was a test piece using a variety of reticello motifs from a 16th century Italian manual. The quality of the work is uneven as this was a learning experience. In my documentation I had two early 15th century Italian paintings showing women (both midwives) wearing turbans with internal striping and…

In the process of doing the documentation for a piece of reticello lace for the Society for Creative Anachronism I came across two Sienese school paintings from the first half of the fourteenth century that appear to depict drawn thread laces. The second is the pillow on which the allegorical figure of Peace is reclining in Ambrogio Lorenzetti's Allegory of Good Government in the Palazzo Publico, Siena (1337), which combines square drawn thread motifs with whitework embroidery and looks very…

As you can see not all of the laces are needle lace but they are interesting to view anyway. It is only a smattering of what my collection contains, but I think these are the most relevant to this site.

Photos of old lace in my collectiion.

Today I will be scanning some of the very old pieces of lace in my collection to be displayed here for folk to view.

Hi everyone, I have not been active of late as I have been away for the 2nd time in 46 years overseas on a wonderful trip with my elder son & D-in-law to Queensland for 2 weeks! All just fabulous & stayed in an apartment in Caloundra lent to us by a friend who let it for nothing! It was like a film star's apartment! Now it's back to old boots & porridge at home again plus some more quakes!

Just found this wonderful video on what appears to be Chebka lace, http://www.youtube.com/watch?v=OrSrhmiWmFw, but from Algeria. They call it Elchbika Alger, and beautifully represents the whole line of Tunisian, Moroccan, etc., variations of this knotted needlelace. It illustrates the use of a pillow as well as paper patterns held in the hand. Hope you speak Arabic.

Hello everybody in this community. I'm a new member and I hoppe to find and share needles crafts experiencies with all of you. Thanks for accepting me here. I'm living in the south of Sweden and the next week it's a big contents with supplies an other things concern needles. I hope to take pictures to show you about this exhibition. here it's the web page if…

As you will see I have uploaded a photo in progress of Aemilia Ars lace which I have recently started again. I am enjoying it immensely & can't wait to get onto another piece!

I feel as though I'm finally making progress. I printed graph paper on my heavy blue paper and couched some rectangles so I could practice my stitches.