In the process of doing the documentation for a piece of reticello lace for the Society for Creative Anachronism I came across two Sienese school paintings from the first half of the fourteenth century that appear to depict drawn thread laces. The second is the pillow on which the allegorical figure of Peace is reclining in Ambrogio Lorenzetti's Allegory of Good Government in the Palazzo Publico, Siena (1337), which combines square drawn thread motifs with whitework embroidery and looks very much like Hardanger work, and the other is a row of what looks like ornamental hemstitching on Simone Martini's Dream of St. Martin in Assissi. Both items are domestic linens and not notably opulent. I did not come across anything in a fairly extensive literature search that was as old as this and reasonably plausible. 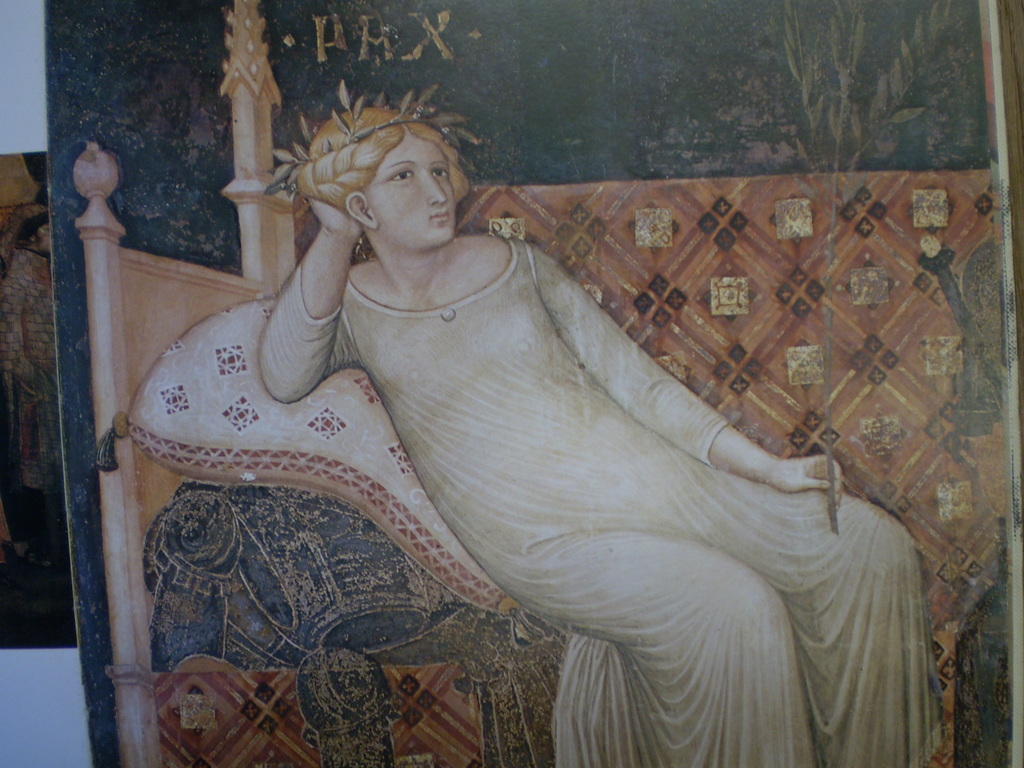 The project that I made for the SCA was a turban pieced together from three short strips of linen, which I sewed together using a flat felled seam using an ornamental hemstitch on the felling, which produced something that looked like a narrow lace insertion next to the seam. Looking at Saint Martin's sheet I am thinking that may be the sewing technique there.

You need to be a member of Needle Lace Talk to add comments!

Looking at the pillow border I wondered if it could be hemstitching with a central flat felled seam but the center is too narrow and also, from a practical point of view, it would be desirable to have at least part of the seam joining the top and bottom squares of linen be something that was easily taken out to wash the cover. If I were trying to reproduce that pillow I'd run a zig-zag stitch in rather coarse thread and use the central thread to stabilize it, with knots and maybe a little wheel at the nodes.

In the lower photo, the square motifs do look like some form of rectangular cutwork.  And the pillow has an openwork lace of some sort in the seam, possibly bobbinlace (although that would be very early for bobbin lace).  A drawn thread border is also quite believable.

In the upper photo the openwork in the sheet could be an insertion or it could be a strip of drawn thread work.

Do show us a picture of your project.